Gayle Nemeth has excelled not only in whip making but also in running her business. Gayle has won the 2004 Queensland Office of State Development Excellent in Export Award and the “Best Corporate Gift” award from the Queensland Merchandise Awards held by the Australian Arts Enterprise.

Winner of the 2004 Queensland Office of State Development Excellent in Export Award. 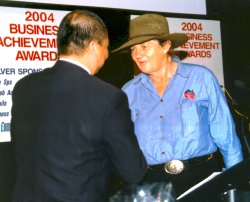 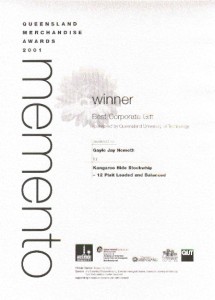 We are proud to announce the recent winning of the “Best Corporate Gift” award from the Queensland Merchandise Awards held by the Australian Arts Enterprise. 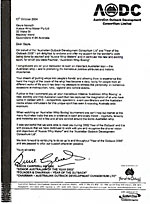 Year of the Outback 2006 Gayle is an Australian Icon. She is well known from her annual promotional tours with the show circuit.

This exposure also allows Gayle to undertake her role as an Ambassador for the 2006 Year of the Outback on behalf of the Australian Outback Development Consortium LTD. The 2002 Year of the Outback was a stunning success and 2006 was even larger, emotionally influencing millions of people.

To many Australians, the Australian Outback is much more than a sunburnt country. It is a place where mates look out for mates; a place where hard work and good times are one and the same, and a place where we all pitch in to make things happen.

2006 is the Year of the Outback, and when Gayle Nemeth was asked to be an Ambassador for this national event, naturally, she agreed.

“There is a spirit to the outback and outback people. It is a part of my life – a part of me and every whip that I make”, commented Gayle.

The focus of events for this year is kids – raising awareness among city kids and bringing new opportunities to kids in the bush. As part of this Outback celebration, thousands of events will be held across the country, many of which will be attended by Gayle in her role of Ambassador.

“I want to use my craft to bring something special to these kids. Showing them their heritage through demonstrations of whip making, and stories about the role of whips in outback life remind kids from both the city and the bush of their shared history.”

But history is only a part of the Nemeth story. As creator of the growing sport of Whipboxing, Gayle will take the national whipboxing team to many of these locations.

“There are a lot of life-lessons to be learned from whipboxing – and many of these are encompassed in our national slang. ‘Fair Crack of the Whip’ is all about playing fair, and doing things right – the cornerstone principle of whip boxing; and cracking ’em right between the eyes is the only way to score a win.”

Gayle’s whips, whip making demonstrations and whipboxing championships are renowned across Australia, and Gayle’s role as Ambassador will allow her to share her craft with many outback and city people – providing inspiration, awakening memories, and for some, creating a tear in their eye.

And in true Aussie, Outback style, Gayle accepted the role as Ambassador without blinking an eye – and over the year, you can be sure that if there are city or bush kids that need to be shown the secret of the whip; if there is an outback part or show or if there is a community looking for some fresh entertainment – Gayle will be there. 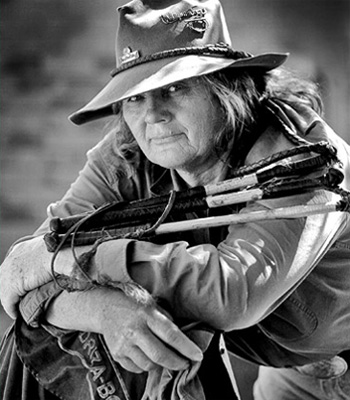